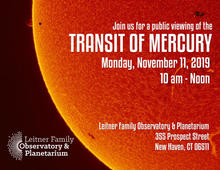 Join us at the observatory on Monday, November 11, 2019 at 10:00 am (weather permitting) to view the Transit of Mercury across the Sun. Our Reed 8-inch telescope will be fitted with a special solar filter so that it will be safe to view the transit against the Sun.

Transit of Mercury is when the planet Mercury passes directly (transits) between the Sun and Earth, becoming visible against (and hence obscuring a small portion of) the solar disk. During the transit, Mercury appears as a tiny black dot moving across the disk of the Sun.

The last transit of Mercury was May 9, 2016 (see bottom image). The next transit will occur on November 13, 2032. A typical transit lasts several hours. 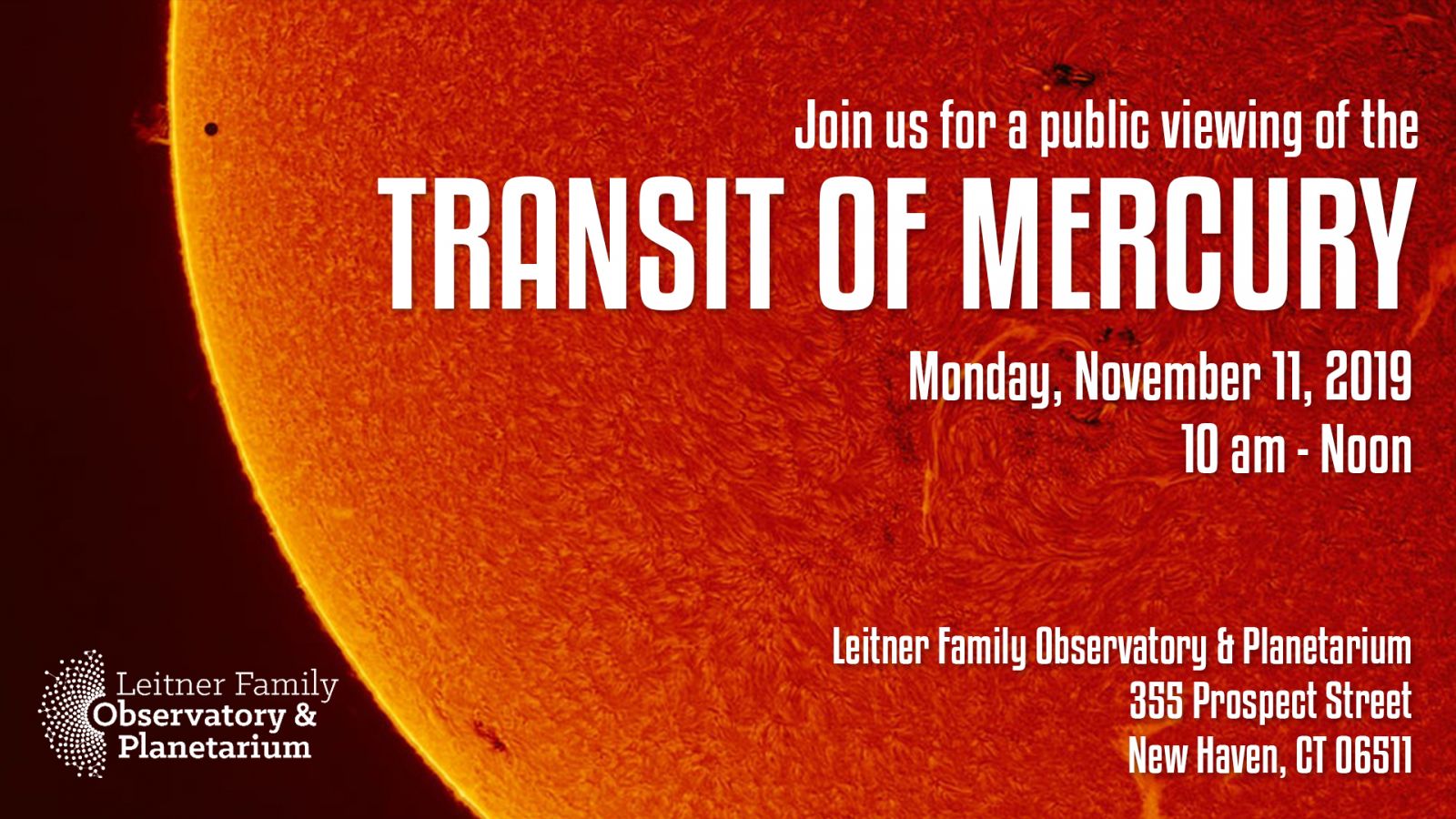